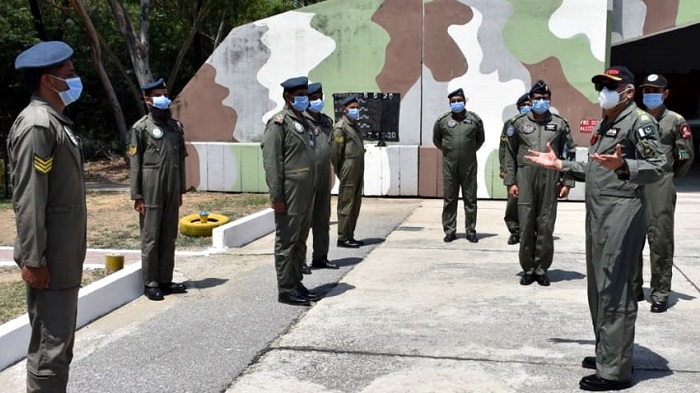 Chief of the Air Staff, Air Chief Marshal Mujahid Anwar Khan, expressed satisfaction over the operational preparedness of personnel and lauded their high morale and dedication.

He was interacting with the combat crew, during his visit to PAF's Special Services Wing.

He also witnessed a demonstration of anti-terrorist operation by the SSW personnel.

Earlier, the Air Chief also visited an operational base and reviewed various operational activities at the base and interacted with personnel.