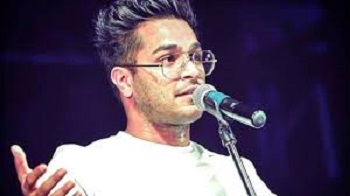 Singer and songwriter Asim Azhar will be collaborate with American electronic dance music band Krewella on a new song. Formed in 2007, the band from Northbrook, Illinois consists of sisters Jahan Yousaf and Yasmine Yousaf. The 23-year-old Pakistani singer will be producing a song with them titled “Paradise.”

The band took to social media to share the exciting news of releasing their sophomore album ‘Zero,’ with their fans. “We tapped into some deeper emotional & cultural layers & grew closer in the process,” Krewella wrote on Twitter.

The album is scheduled to be out on January 31, featuring a list of 11 songs including the one which is a collaboration between Asim and the Yousaf sisters.