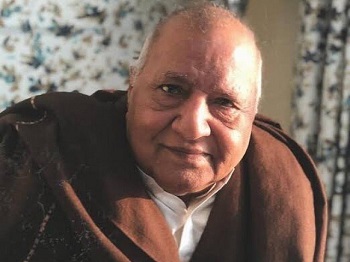 KARACHI: Veteran writer, comedian, actor and poet Athar Shah Khan passed away this Sunday. According to reports, the artist - who had been dealing with a prolonged illness suffered a stroke.

Known as Jaidi, he had remained a prominent figure in the industry since he began his career in Radio Pakistan. He has written over 700 plays, including his iconic hit, Jedi Ke Sang. His performance in Intezar Farmaiye is another which many cannot forget. Many fans and followers have taken to Twitter to pay tribute to the artist, while also remembering his works.