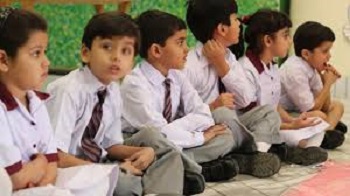 KARACHI: Sindh Minister for Education and Labor Saeed Ghani has said that examinations for children from class I to VIII will not be held in Sindh province and they will be promoted to the next classes.

Schools can take their exams. Regarding the examinations of Class IX to XII, the steering committee of Sindh Education Department has constituted a committee of chairmen of all boards including Aga Khan Board and Secretary Education, Colleges and Boards and Universities, which will prepare its report in next 24 hours. They will provide, which I will put in the National Coordination Committee and the decision made by the said committee will be implemented. The Sindh government cannot be even one percent jealous of the health of children and God willing, if the situation remains the same, we will close educational institutions for 5 years, but alternative education will be introduced.

Earlier, the steering committee meeting chaired by the provincial minister lasted for more than two hours. The meeting discussed in detail the academic year in Sindh province, the end of holidays, examinations for classes I to VIII and IX to XII. At the meeting, officials of private school associations openly expressed their views on all issues, including other issues facing them. Later in a press conference, Sindh Education and Labor Minister Saeed Ghani said that the Federal Minister for Education had said in the NCC meeting two days ago that the ninth to twelfth class examinations would not be held and all students will be promoted to the next level.

A committee has been constituted comprising the chairmen of all the boards including the Aga Khan Boards, education department, colleges and secretaries of the boards and universities and this committee will present its report in the next 24 hours considering all the situation and legal matters. Will Saeed Ghani said that we will present the said report in the NCC meeting and then a plan of action will be worked out regarding the decision to be taken.

Saeed Ghani said that educational institutions could not be reopened from June 1 and when it would be reopened in the future would be announced after a meeting of the steering committee for others, including the start of the academic year. He said that students from class I to VIII would be promoted to other classes without examinations. However, in this regard, private schools have recommended promoting East children who are weak in important subjects by taking tests.

However, those children will also progress to the next level. He said that the Sindh government has a clear position regarding the reopening of educational institutions that if the spread of corona virus continues, we will have to keep the educational institutions closed for 5 years but we will not be jealous of the health of children. “We have also completed preparations for the provision of online education in government schools and have started work for the provision of education in remote villages and hamlets where there is no internet facility,” he said. Replying to a question, he said that amendment in the law of the education department would be required in the provincial law and not in the federal law. To another question, he said that we are trying to stay in full touch with the federation and make similar decisions.