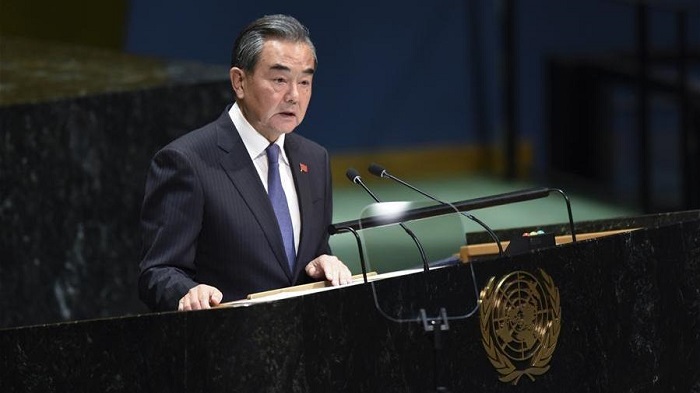 Addressing a United Nations Security Council conference through the video link, Foreign Minister Wang Yi said until this issue is resolved peace and stability in the region will remain elusive.

He said the "two-state solution" is the bottom line of international fairness and justice and history can not be reversed.

Meanwhile, Palestine is holding intensive contacts to form a draft resolution for voting in the United Nations against the Israeli annexation plan.

Talking to media in Ramallah, Foreign Minister Riyad al-Maliki said a draft resolution is under discussion to decide on the punitive measures against Israel.

Meanwhile, Israeli officials had said it could begin the annexation process from Wednesday.

The plans are to annex Jewish settlements in the West Bank as well as the Jordan Valley.