Chinese warned US against meddling in Pak-China ties 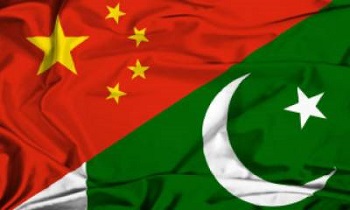 ISLAMABAD: The Chinese Embassy on Wednesday emphatically warned the US against meddling in Pak-China ties and the China-Pakistan Economic Corri­dor (CPEC).

This was stated in an unusually strongly-worded rejoinder to allegations levelled by US diplomat Ambassador Alice Wells in her speech at a think-tank in Islamabad.

“We would be more than glad to see the US develop its relationship with Pakistan, but we strongly oppose the US interference in China-Pakistan relations and the CPEC.… we have to make our position clear and reject the negative propaganda by the US. We must not let the truth be distorted and the lies run wild,” the embassy said in a statement.

Ambassador Wells, who was on a four-day visit to Pakistan, told a select gathering of academics and civil society representatives that CPEC projects lacked transparency and suffered from corruption.

She claimed that Chinese financing of CPEC projects through loans was adding to Pakistan’s debt burden.

“The comments hold nothing new,” the embassy said and reminded that both China and Pakistan have repeatedly rejected similar insinuations in the past.

“However, the US side still ignores the facts and is obsessed with the story it made for the CPEC,” it added.

Noting that China “puts Pakistani people’s interests first” in CPEC projects, the embassy underscored that China and Pakistan staunchly adhere to “principles of mutual consultation and cooperation” for shared benefits.

The embassy asked the US to let people of Pakistan decide whether or not CPEC suited them instead of judging by itself. It said the 32 CPEC early harvest projects completed over past five years have significantly improved local transportation infrastructure and power supply, created over 75,000 jobs directly and contributed up to two per cent of Pakistan’s GDP growth in Pakistan.

“It shows that CPEC is playing an important role in boosting Pakistan’s socioeconomic development and improving people’s livelihood,” the embassy asserted.

Rejecting allegations of sleaze, the embassy said the entire process for the award of contracts was “open and transparent and was in line with international norm” and there was an ongoing engagement with relevant accountability agencies of Pakistan. “It is agreed that CPEC is clean,” it maintained.

Criticizing the US use of sanctions “blacklisting this and that country”, the embassy said the US did this not for protecting global economy, but for serving its own political goals.

“We also want to advise the US that when you accuse China-Pakistan relations, you should first look back at what have you done to Pakistan, and think about how much contribution have you made for Pakistan,” the statement said, urging the US to bring cash and funds, promote win-win cooperation on the basis of mutual respect, fairness, and justice, rather than acting as a world policeman, spreading rumours and trying to spoil China-Pakistan relations.

Countering the debt burden claim, the embassy said that not only the Americans are “bad in mathematics”, but their “intentions are worse”. It explained that as per State Bank of Pakistan, the total foreign debt of Pakistan is 110 billion US dollars out of which CPEC’s share is about $5.8 billion or 5.3 per cent of the total foreign debt. CPEC repayments, it said, would commence from 2021 and would be payable over 20-25 years with an interest rate of approximately 2%. The annual repayment, it said, would be approximately $300 million, which would not be a burden for Pakistan.

“China will not make unreasonable demands on Pakistan,” it added.About cost escalation of the ML-1 project, the embassy said that although the initial design review was successful, the project has not yet been approved as yet. The cost of the project will be adjusted according to the actual condition and the needs of Pakistan once it is finalised. “After finalizing the design of the project, we would initiate bidding in accordance with international practice. This is a completely normal business practice,” it said.