Equal facilities to be given to minorities 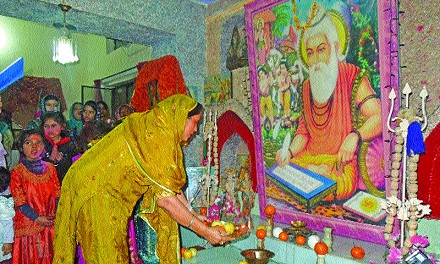 TAXILA: PTI Attock women wing president Sadaf Zahra during her visit to the Valmiki Temple in Attock said that the government believes in the provision of equal facilities to minorities and all-out efforts would be made for their welfare as well as to maintain their religious places.

This was stated by along with members of the party’s minority wing.

The temple lacks facilities for the last many decades. Speaking to the women members of the Hindu community, she said all basic facilities would be provided to the temple.

She said the government was ensuring provision of basic facilities to minorities and also giving them religious freedom as per vision of the father of the nation as well as in the light of the constitution.

Ms Zahra said Sui gas had been provided in the temple which was the longstanding demand of the community.

She said the provision of gas would facilitate the Hindu community in cremating their dead bodies as earlier they faced problems in purchase of wood for the purpose. She said other problems faced by the community would also be solved on a priority basis and in this regard funds from the district as well as provincial government would be released.

Ms Zahra said the PTI government was protecting the rights of all religious minorities and providing them with religious freedom, adding the minorities enjoyed equal rights and all facilities in Pakistan.