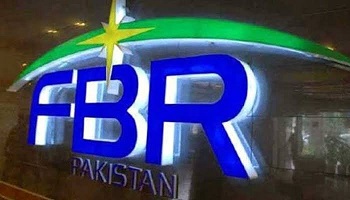 KARACHI: The Federal Board of Revenue (FBR) on Wednesday identified and sent notices to 24 bridal dress designers for allegedly being involved in "massive tax evasion", Geo News reported.

According to a notification by the bureau, some bridal dress designers paid 'meager' tax or were not even on the tax roll despite making millions from a single dress.

The FBR said that it was surveying for new taxpayers when the bureau came to know about the alleged tax evasion.

The names of famous designers such as Wardha Saleem, Sania Maskatiya, Amna Chaudhry, Natasha Kamal, and others were mentioned in the list who were sent notices.  "Their declared income does not commensurate with their receipts," read the notice.