Govt to award provisional provincial status to GB: Ministry of Law and Justice 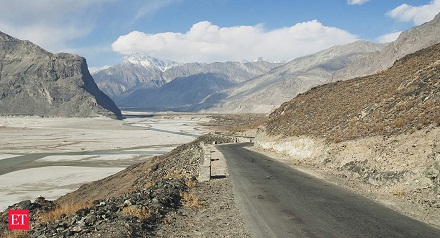 ISLAMABAD: The Ministry of Law and Justice has finalised the proposed legislation to award provisional provincial status to strategically located Gilgit-Baltistan (GB).

Under the proposed law, the Supreme Appellate Court (SAC) of GB may be abolished and the region’s Election Commis­sion is likely to be merged with the Election Commission of Pakistan (ECP).

Sources in the law ministry told Dawn that the draft of the bill titled 26th Constitutional Amendment Bill had been prepared and submitted to Prime Minister Imran Khan.

In the first week of July, the prime minister had assigned the task of preparing the law in the shortest possible timeframe to federal Law Minister Barrister Farogh Naseem.

According to the sources, the draft bill has been prepared after careful reading of the Constitution of Pakistan, international laws, the United Nations’ resolutions especially those related to plebiscite on Kashmir, comparative constitutional laws and local legislation.

The stakeholders, including the governments of GB and Azad Jammu and Kashmir, had been consulted on the proposed constitutional amendment, the sources said.

The proposed law suggests that due to sensitivity attached to GB, it could be given provisional provincial status by amending Article 1 of the Constitution that related to the provinces and territories, the sources said, adding that a set of amendments would be introduced to give GB representation in the parliament, besides establishment of the provincial assembly in the territory.

The sources are confident that the constitutional amendment is in accordance with the international practice of merger of territories and it will not adversely affect Kashmir cause in any manner.

Sources said that the draft bill proposed high court status for Chief Court of GB while its appellate forum i.e. Supreme Appellate Court (SAC) might either be abolished or re-established like the Supreme Court of the AJK. “In case, the SAC is dissolved, then the jurisdiction of Supreme Court of Pakistan can be extended to GB under required amendments to the law,” the sources added.

As far as Election Commission of GB is concerned, the sources said that it had been proposed that it would be merged with the ECP. However, the chief election commissioner of GB would be retained to represent the territory as a member of the ECP.

Reportedly, the government and the opposition had discussed the move prior to last year’s meeting of the political leadership with the army chief. Before the meeting took place, Railways Minister Sheikh Rashid Ahmed had claimed that the leaders of the Pakistan Muslim League-Nawaz and the Pakistan Peoples Party had assured Chief of the Army Staff Gen Qamar Javed Bajwa that they would support the move to grant provisional provincial status to GB. The leaders of both the opposition parties had said that an understanding had been reached at the meeting that the issue would be taken up and discussed after elections in GB.

According to an opposition leader, GB has acquired great significance in the region due to the China-Pakistan Economic Corridor that is now “jugular vein” for the country. GB is a “sensitive area” and a flashpoint in the region as the enemies are looking for excuses to spoil the law and order situation.

The demand of the GB people for provisional provincial status is not new. In March this year, the GB Assembly passed a unanimous resolution, supported by all parties in the house, demanding an amendment to the Constitution to enable GB to become a provisional province of Pakistan, without prejudice to the Kashmir dispute.

It also called for representation of the region in the National Assembly and the Senate.