Govt to stop playing with lives of ppl: Shehbaz Sharif 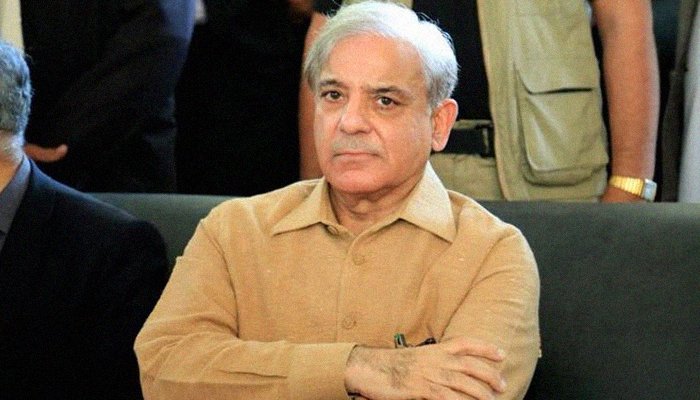 ISLAMABAD: PML-N president and Leader of the Opposition in the National Assembly Shehbaz Sharif asked the government to stop playing with the lives of people and make arrangements for immediate supply of vaccines keeping in view the fact that the total population of Pakistan is 220 million.

“The government must change its shallow-minded approach of ordering a few million doses and working with the vaccine supplies given to Pakistan as charity. The unavailability of the vaccine is another proof of the government’s criminal negligence and incompetence,” the PML-N president said in a statement on the day Pakistan received another consignment of over 1.5 million doses of Covid-19 vaccine from China.

Mr Sharif said the opposition had repeatedly warned that failure to ensure timely vaccination would not protect the lives of people from the deadly virus. The government, he said, was erring and delaying the supply of vaccines in the same way it had handled the supply of LNG which led to massive losses. But this time round it was a matter of life and death of Pakistanis, he stressed.

Mr Sharif alleged that the “opportunists in this corrupt government” who had already bagged billions of rupees in illegal profit in sugar and flour crises were now trying to seize this opportunity as well to make money at the cost of lives.

“It is unfortunate that the government is showing the most serious display of criminal negligence in the matter of people’s lives.”

The PML-N leader said the allegations of corruption in over Rs1,200 billion Covid relief package had already complicated the situation. Under this PTI government, he said, theft of public funds was rampant and provision of services to the public was zero. “The people of Pakistan are being punished for the government’s theft, incompetence and mismanagement which is regrettable and reprehensible,” he added.

PPP’s information secretary Faisal Karim Kundi in a video message slammed the government’s handling of the pandemic and asked the National Accountability Bureau (NAB) to take notice of alleged corruption in the coronavirus funds. “The people all over the country are not getting vaccines due to the incompetence of this illegitimate and selected government.”

Mr Kundi said that according to reports the government had collected billions of dollars from international organisations in the name of Covid-19 and now the nation wanted to know where this amount had gone. He said that besides allocation of Rs1,200bn, the government had received $1.386bn from the International Monetary Fund, $153 million from the World Bank and 150m euros from the ambassador of the European Union to deal with the pandemic. Besides this, the Economic Advisory Division had also signed an agreement with the Asian Development Bank for receiving $300m.

The PPP leader said they had got all this information through media and it seemed that the amount had not been spent on the people of Pakistan. Moreover, he claimed, the Accountant General Pakistan Revenues (AGPR) had also questioned the use of Rs1,200bn coronavirus funds. He alleged that the AGPR was also keeping a mum on the issue.

The PPP leader said they were not against accountability but it should be across the board. He alleged that Prime Minister Imran Khan was filling his ATMs but NAB was silent over it. He called for a third-party audit of the coronavirus funds accounts which, according to him, would bring all the facts before the nation.

Mr Kundi asked NAB chairman retired Justice Javed Iqbal to take notice of the “robbery” of coronavirus funds. “The government is playing with the lives of people. Will you (NAB chairman) look into it? Will you take action or you will continue to run after only the opposition members?” he asked.