Govt to vaccinate all teachers by June 5 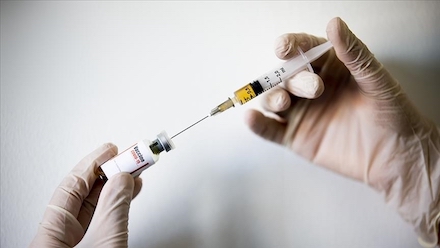 ISLAMABAD: "The federal government has decided to support the education sector through targeted vaccination of its teaching and support staff," said the official.

A spokesperson of the Federal Education Ministry announced on Thursday that the government has decided to vaccinate all teachers by June 5.

The ministry said that the decision was taken after consultations were held with the National Command and Operation Centre (NCOC) to bring an end to the disruption in the education sector and reduce learning losses.

The statement said that the government has decide to make it mandatory for invigilation and examination staff to get themselves vaccinated if they wish to take part in the upcoming board exams.

"The federal ministry of education is approaching the NCOC to assist respective provincial and area governments for speedy vaccination of teaching and support staff," said that statement. It added that the ministry has sent letters to all the chief secretaries to swiftly implement the decision.

"The intended deadline to get the education sector vaccinated as per the government's laid down policy is June 5," read the statement.

The education sector is one of the worst affected by the coronavirus. The government, at multiple times, has intermittently reopened the education sector but it has been forced to shut down repeatedly due to the rising number of cases.

Last year, the government had decided to promote students to the next grade without exams, but this year, it has been adamant about holding exams.

Even in its most recent decision, the NCOC allowed the reopening of schools in districts where the COVID-19 positivity ratio is less than 5%.