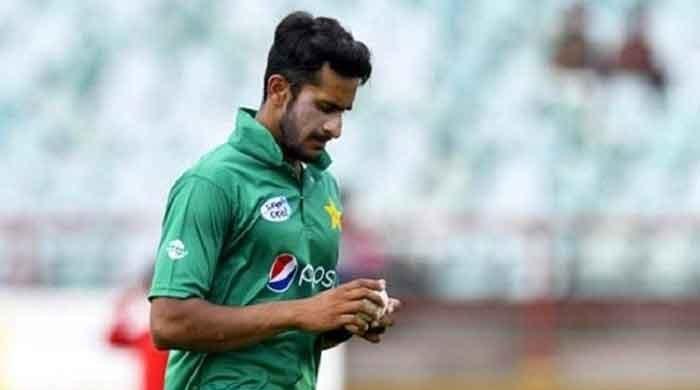 ISLAMABAD: Renowned Indian cricket analyst and commentator Harsha Bhogle disappointed to see Hasan Ali falling out of the PCB contracts. “In that fast-bowling factory of the world, I only hope they produce long-term fast bowlers because I have just noticed that Hasan Ali, who was so full of promise, has dropped out of the contract list,” Bhogle was quoted as saying in ICCs digital show Cricket Inside Out.

“But from Pakistan, there is Naseem Shah, but the one I like more than anyone else is Shaheen Afridi. A big left-hander who has got pace, but I hope he has got the staying power. Because if you look at Amir, Mohammad Asif, Wahab Riaz, Junaid Khan, Hasan Ali.

‘So many have come and gone. I am really hoping that he has the longevity,” crictracker.com quoted him as saying.

Along with Shaheen, Bhogle also picked South Africa’s Lungi Ngidi and England’s Jofra Archer, who both can break into the fab four.

Naseem made his debut in the Australia tour last year when Pakistan decided to go for a number of youngsters after a disappointing home campaign versus Sri Lanka. In February, at the age of 16, he became the youngest to take a Test hat-trick against Bangladesh in Rawalpindi in February this year.

Bhogle feels that the seamer has come up the ranks pretty quickly in his career. Recently, the speedster has jumped from Category ‘B’ to Category ‘A’ in Pakistan Cricket Boards (PCB) centrally contracted players’ list along with Babar Azam (ODI and Twenty20 captain), and Azhar Ali (Test skipper).

The 20-year-old left-armer has led a young pace attack after Mohammad Amir and Wahab Riaz weren’t picked for the Bangladesh series.