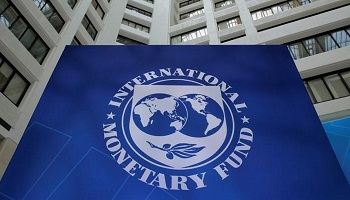 This was stated by the IMF’s resident representative in Islamabad, Teresa Dabán Sanchez, at an online policy dialogue, organised by the Sustainable Development Policy Institute (SDPI). She said Pakistan needed to move the way with taxation in line with good taxation principles which sometimes required increasing the tax base and sometimes tax rates.

She said the performance of Pakistan’s economy prior to the emergence of Covid-19 and its devastating impacts had been quite satisfactory and the Fund was quite happy the way Pakistan was implementing different policies to achieve fiscal consolidation and macroeconomic stability. She said the IMF would continue to provide its support to the country to face the socio-economic challenges posed by Covid-19 and would work closely with the authorities on how to develop a roadmap and make it part of a good budget for next year.

Ms Sanchez on the occasion also mentioned the IMF toolkit to fight the Covid-19 shock that included the Rapid Finance Instrument (RFI) under which it approved $1.4bn financing to Pakistan. She noted that the IMF’s assessment of the situation was that Covid-19 would reverse the decline in public debt that resulted from fiscal consolidation efforts. This would also result in increase of primary deficit.

She appreciated the government decisive response to Covid-19, including cash transfers to most vulnerable families, eliminating import duties on several items, and other initiatives to provide relief to the low-income segments of society.

Commenting on the opening up of the construction sector, she said that the IMF supported the opening of labour-intensive sector where daily wage earners would be absorbed. However, she hoped that the amnesty announced for investment in the construction sector was temporary in nature, and would be withdrawn once situation became normal. The IMF, she said, recommended that Pakistan as well as other countries recalibrate their policy actions going forward so that the regulatory measures taken were temporary and regulatory relaxations might not be necessary in the future as they could create problems, according to a statement issued by the SDPI.

She said the ongoing Existing Fund Facility (EFF) programme was very much intact and the IMF was working closely with the authorities in Pakistan and the next review mission might take place virtually.

Regarding the EFF, she said, as the medium-term economic outlook was changing, the two sides had to recalibrate everything from targets to trajectories. “However, we need to continue working on EFF as a framework as the programme provides continuity along with a healthy and sustainable trajectory from an economic point of view,” she said, adding that it was encouraging that the government was committed to fiscal consolidation and reforms once the situation normalised.

About the overall impact of Covid-19 on Pakistan’s economy, the IMF resident representative said there would be a significant cut in imports from Pakistan, the remittances would drop, tax collection would reduce considerably and the growth rate might reduce to -1.5pc.

It is in this context that funds under the RFI arrangement would help Pakistan to bridge the gap in immediate financing needs. About the post-Covid-19 scenario, she said: “The IMF is working to make Pakistan as competitive and open as possible by making it more export oriented and an attractive destination for investment.”

Responding to a question, Ms Sanchez stated IMF experts in Washington were trying to bring State Bank’s legislation in line with best practices. “We have no bias for or against any person to chair SBP’s board. It is purely Government of Pakistan’s discretion,” the statement quoted her as saying.

This “new normal”, according to the UN, would be accompanied or followed by a severe food crisis. In these circumstances, multilateral lenders such as the IMF would have to redefine their role as a socio-economic saviour to ensure “stability” of the “stability” that the IMF talks about.