Imran Khan directed authorities to take all stakeholders on board 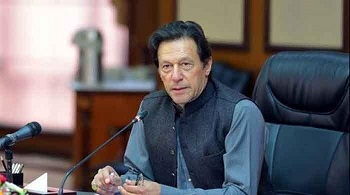 ISLAMABAD: Prime Minister Imran Khan on Tuesday directed the authorities concerned to take all stakeholders on board before implementing the new rules.

Presiding over a meeting, the prime minister expressed the hope that all international social media and internet companies would continue to work in Pakistan and the government would address their grievances.

“The meeting decided that all local and international stakeholders will be taken on board on new laws before their implementation,” Information Technology Secretary Shoaib Siddiqui said.

Mr Siddiqui, who attended the meeting, said the government was in close contact with international internet firms and soon their representatives would be invited to a meeting to apprise them of the laws and seek their suggestions for effective regulation of social media in Pakistan.

Meanwhile, the Repor­ters Without Borders (RSF) has demanded of the government to rescind its rules aimed at regulating social media, saying that regulation of social media is necessary but it should not become a disguised form of censorship.

Pressing ahead with its brazen attempts to bring the internet to heel, Prime Minister Imran Khan’s government adopted the new rules — called the Citizens Protection (Against Online Harm) Rules, 2020 — in a secret memo dated Jan 28, the RSF said in a statement issued on Tuesday.

According to these rules, a copy of which was leaked last week, a “national coordinator” will be appointed by the ministry of information technology and telecommunications and, by way of “regulating” social media, he/she will be empowered to arbitrarily demand the removal or blocking of any content deemed to be “harmful”, and the deactivation of the user data encryption, it said.

“The vague and ambiguous wording used in these regulations testifies to the arbitrary nature of measures planned by the government,” said Daniel Bastard, the head of RSF’s Asia-Pacific desk.

“We urge federal authorities to rescind these rules, which pose a major threat to journalists’ work and to respect for the confidentiality of their sources. Regulation of social media is necessary, but it should not become a disguised form of censorship.”

The RSF said that rules provided for other measures designed to step up government control over social media companies. They, it added, would have to open offices in Pakistan and could be fined up to Rs500 million for every failure to remove or block content within the stipulated deadline.

The statement highlighted that last month the Pakistan Electronic Media Regulatory Authority (Pemra) issued what it called a “Consultation on Regulating the Web TV and Over the Top TV (OTT) Content Services”. The RSF said that in reality it was designed to extend the government’s media censorship to online video content, but was rejected as unconstitutional by the Senate Human Rights Committee, which said that Pemra did not have the authority to do this.

Under the new rules, social media companies will be obliged to disclose any information or data to a designated investigation agency, when sought. Failure to abide by any of the provisions will entail a fine of up to Rs500 million.

In the letter, AIC managing director Jeff Paine expressed concern that unless revoked, “these rules would severely cripple the growth of Pakistan’s digital economy”.

The group pointed out that as no other country had announced such a “sweeping set of rules”, Pakistan risked becoming a global outlier, needlessly isolating and depriving Pakistani users and businesses of the growth potential of the internet economy.

The letter noted that the government had approved the rules without consultation or feedback from stakeholders and had caused international companies to “re-evaluate” their plans to operate in the country. “The way in which these rules were passed is causing international companies to re-evaluate their view of the regulatory environment in Pakistan, and their willingness to operate in the country,” it said.

Besides the AIC, the Human Rights Commission of Pakistan (HRCP) and the Pakistan Federal Union of Journalists (PFUJ) have urged the government to reconsider its decision.