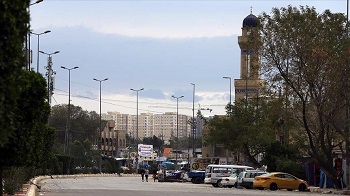 TEHRAN: Iran has started an intercity travel ban, an Iranian official said in a televised news conference on Thursday, a day after Iran’s government spokesman warned the country might face a second outbreak of the coronavirus pandemic.

Officials have complained that many Iranians ignored appeals to stay at home and cancel travel plans for the Persian New Year holidays that began on March 20.

“Those who have travelled for the Iranian New Year holidays should immediately return to their cities without making any stop in the cities on their way back home,” said Hossein Zolfaghari, a member of Iran’s national headquarters for fighting the coronavirus. The outbreak has killed 2,077 people in Iran where there have been 27,017 reported cases of the virus so far.

The authorities have called on Iranians to avoid public places and stay at home, while schools, universities, cultural and sports centres have been temporarily closed.

“The closure of universities and schools as well as suspension of gatherings has been extended,” Zolfaghari said, adding that violators of the measures will face legal consequences.

President Hassan Rouhani said Iran will contain the spread of the virus in two weeks, adding that further measures have been taken to ease the economic impact of the outbreak on lower-income citizens.

“We will send a letter to Iran’s supreme leader today to seek permission on withdrawal of $1 billion from Iran’s sovereign wealth fund,” Rouhani said in a meeting, broadcast live on state TV.

Supreme Leader Ayatollah Ali Khamenei has the last say on all state matters. “This amount will be used to help impacted lower-income people and to assist our health sector.”

Shut out of international capital markets and facing a further hit to its finances with the collapse in oil prices coming on top of US sanctions, Iran is struggling to shield its economy from the coronavirus pandemic.

“Despite being under tough US sanctions … our fight against the coronavirus outbreak continues and we will overcome the outbreak,” said Rouhani.

Tensions have risen between longtime foes Iran and the United States since 2018, when US President Donald Trump exited Tehran’s 2015 nuclear deal with six world powers and reimposed sanctions that have crippled Iran’s economy.