Islamabad march date to be announced in Multan: Imran Khan 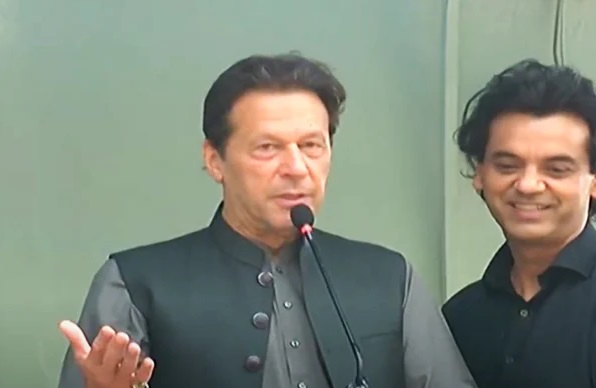 ISLAMABAD: Pakistan Tehreek-e-Insaf (PTI) Chairman Imran Khan Thursday said he would tell the date of Islamabad march during his address to the Multan public meeting on Friday, and people would not leave Islamabad until the elections date was announced.

Speaking to the PTI youth at Khyber-Pakhtunkhwa House, he made it clear that until the date for transparent and clean elections was not announced, the sea of people, the biggest in the history of Subcontinent, would not leave the federal Capital as the ‘imported government’ was not acceptable to people.

He thanked Allah for turning the weather pleasant for the Islamabad march and added record number of people would reach Islamabad, which would be biggest ever not only in the history of Pakistan but of the Subcontinent.

“Before the Islamabad march, I will address the public meeting in Multan on Friday and in that meeting, I will tell you the day, when my nation would reach Islamabad and the objective of this is to achieve real independence for Pakistan.

“In the current independence, orders are given from outside not to import cheap oil or wheat from Russia. In the real independence, a country makes its own decisions, in the interest of its own people. In this independence, people’s interests are not sacrificed for the sake of others,” he added.