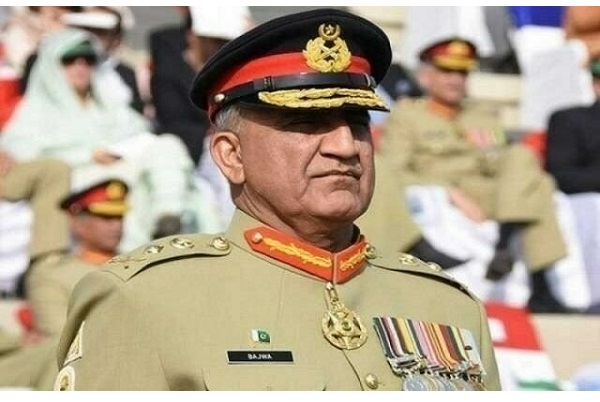 RAWALPINDI: The Inter-services Public Relations (ISPR) has denied claims regarding Chief of Army Staff General Qamar Javed Bajwa and his family's assests, saying that the data shared on social media is based on "blatant lies and malice".

“Misleading data regarding the assets of army chief General Qamar Javed Bajwa and his family have been shared on social media. These misleading figures are exaggerated and based on assumption,” the military's media wing said in a statement released on Sunday.

The statement said that a specific group has very “cleverly and dishonestly” associated the assets of General Bajwa's daughter-in-law's father and family with the army chief and his family.

“An incorrect impression is being created that these assets were created by army chief General Bajwa's family during his six-year tenure. It is totally untrue, based on blatant lies and malice,” the statement read.

The military’s media wing assured that all the assets of the army chief, his wife and his family have been declared to the Federal Board of Revenue (FBR).

"This is clearly a violation of the complete confidentiality of tax information that the law provides," a statement from the Finance Division had read.

Given this serious lapse on the part of to-date unknown functionaries, Dar had directed Special Assistant to the Prime Minister on Revenue Tariq Mehmood Pasha to personally lead the probe, affix responsibility, and submit a report within 24 hours.

Finance Minister Ishaq Dar said that he had received the interim report related to the leak and traced some people involved in the act.