LMM to take place at Alhamra Art Centre in Lahore 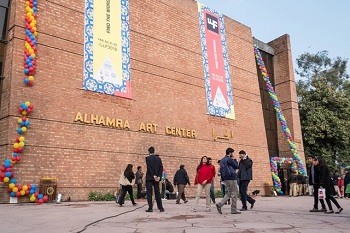 The fifth edition of Lahore Music Meet (LMM) – presented by Pepsi, all set to take place at Alhamra Art Centre in Lahore from February 1-2, 2020. The two-day event is open to the general public with no cost of admission [Entry is free with NIC or Student ID]. Heating up all 4 stages of Alhamra this weekend will be a curated line-up of new artists and fresh sounds which encapsulates various musical spectrums of Pakistan along with interactive talks, panel discussions, masterclasses, story-telling sessions, and documentary/film screenings.