Maula Jatt to be released on Eid ul Fitr 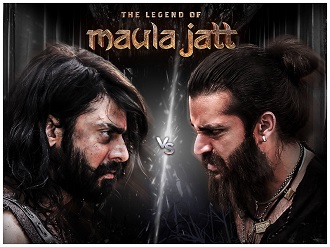 Maula Jatt to be released on Eid ul Fitr. According to executive producer Ammara Hikmat, “It was a really ambitious project, so naturally we met a lot of challenges and the film took longer than we expected, to release. However, the film is in final stages of post production and will be in cinemas on Eid.”

The Legend of Maula Jatt has been written not just by Lashari but also by veteran Nasir Adeeb, who wrote the original 1979's Maula Jatt.

Earlier, Qureshi went on his mass contact campaign in his constituency NA-156 and addressed a public meeting.

Ever since it was announced that Fawad Khan and Hamza Ali Abbasi will star as Maula Jatt and Noori Nath, people have been waiting impatiently for the film to release. And waiting.