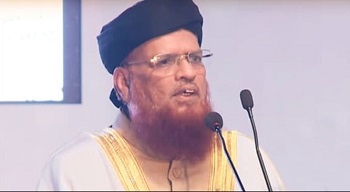 KARACHI: The Chairman of Central Ruet-e-Hilal Committee, Mufti Muneeb-ur-Rehman, has said that he and Mufti Taqi Usmani would offer prayers at home during the holy month of Ramzan-ul-Mubarak. Talking to a private TV news channel on Wednesday, Mufti Muneeb-ur-Rehman said that he was already offering prayers at home and this practice would continue in Ramazan-ul-Mubarak as well. He said that implementation on the 20-point accord reached between the government and the Ulema has started. He appealed to the Ulema to abide by the agreement signed with the government. “We will ensure that this agreement will get implemented,” he said.

Rehman recalled that Ulema had promised to the president and prime minister that people of 50 years or above would not come to the mosques for the congregational prayers. Mufti Muneeb said that Ulema would do their best to act upon this promise. He said that markings were made in the mosques for the prayer rows while observing the principle of social distancing. He said that special persons and the elderly were instructed to pray at their homes. He said that people suffering from flu, cough, and other respiratory disease, should not come to the mosques.