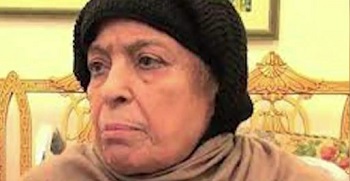 LAHORE: Nawaz Sharif's mother Shamim Bibi has left for London "to be with her son while he undergoes heart treatment," PML-N spokesperson Marriyum Aurangzeb tweeted on Saturday.

The spokesperson also wrote on Twitter that Shamim Bibi had been advised not to travel because of her advanced age and illness but she expressed her wish to be present during her son's medical treatment. Nawaz's mother is more than 90 years old.

Nawaz was allowed to travel to London in November of last year for medical treatment. He was accompanied by his personal physician Dr Adnan Khan.

In a tweet earlier this month, Khan had said the former premier was suffering from "complex multi-vessel coronary artery disease and substantial ischemic and threatened myocardium" for which he was due to undergo surgery.