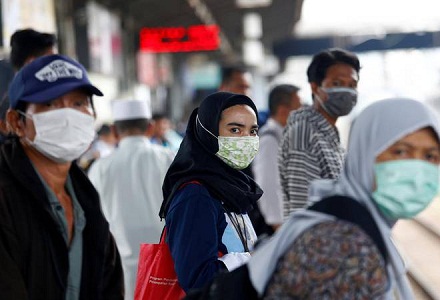 ISLAMABAD: As the National Command and Operation Centre (NCOC) has expressed fears that Covid-19 cases may rise during Eidul Azha holidays, China on Wednesday handed over 200 mobile oxygen concentrators to Pakistan.

The oxygen concentrators were handed over to chairman of the National Disaster Management Authority (NDMA) Lt Gen Akhtar Nawaz by China’s Ambassador to Pakistan Nong Rong at a ceremony.

The ceremony was attended by officials of the Chinese embassy, ministries of National Health Ser­vices and Foreign Affairs and NDMA.

A second Pakistan-made ventilator registered by Drap; guidelines issued for use of Moderna

Mr Nong said China-Pakistan relations were growing stronger with the passage of time.

An oxygen concentrator is a device that concentrates oxygen from air by selectively removing nitrogen to supply an oxygen-enriched gas stream.

Meanwhile, according to data of the NCOC, 27 deaths and 979 cases of coronavirus have been reported in a single day.

As many as 2,132 patients were admitted to hospitals and 249 of them were provided ventilators because of their condition. There was no patient on ventilator in Balochistan and Gilgit-Baltistan.

In a related development, the Drug Regulatory Authority of Pakistan (Drap) has registered a second ventilator which has been made in Pakistan.

Under the Drap Act, 2012, the authority allowed M/s National Engineering and Scientific Commission of Pakistan to manufacture ventilators named PakVent-1 which have service life of around 10 years.

The registration will be valid for five years unless earlier suspended or cancelled by the government.

The ventilator was developed by PAEC’s scientists and engineers keeping in view all essential quality standards and regulatory requirements, the PAEC had said in a statement.

It had further said that doctors at the PAEC hospital in Islamabad also provided the input during the development process of the ventilator.

As the United States has announced that it would provide 2.5 million doses of Moderna vaccine under the Covax facility, Drap has given approval for emergency use of the vaccine.

Moreover, the Ministry of NHS has issued guidelines for the use of the vaccine.

The ministry’s spokesperson Sajid Shah told Dawn that all requirements for emergency use of the vaccine by the government had been fulfilled and guidelines issued for the staff and the people.

According to the guidelines, Moderna vaccine needs special handling and cold chain maintenance to preserve the vaccine’s effectiveness.

Safe transportation, storage, administration, and disposal of the vaccine waste must be ensured at all vaccination facilities.

It is informed that frozen vials, prior to use, should be stored at temperatures of -25 Celsius to -15 Celsius and protected from light, in the original packaging. It should not be stored on dry ice or below -40 Celsius.

It states that the vaccine should be given to people aged 18 years and older, and can be given to pregnant and lactating women, those with comorbid conditions e.g. diabetes, hypertension, congestive cardiac failure, renal failure, chronic liver disease, etc.

Post-chemotherapy: The patient may receive the vaccine 28 days after chemotherapy.

It is informed that people having severe allergic reaction (anaphylaxis) or an immediate allergic reaction should not be vaccinated. The vaccine is not recommended for persons younger than 18 years of age pending the results of further studies.

Adverse effects of the vaccine are pain, redness, swelling at injection site, fever, myalgia and headache. There have been reports of myocarditis and pericarditis following vaccination with Covid-19 mRNA vaccines, including the Moderna vaccine.