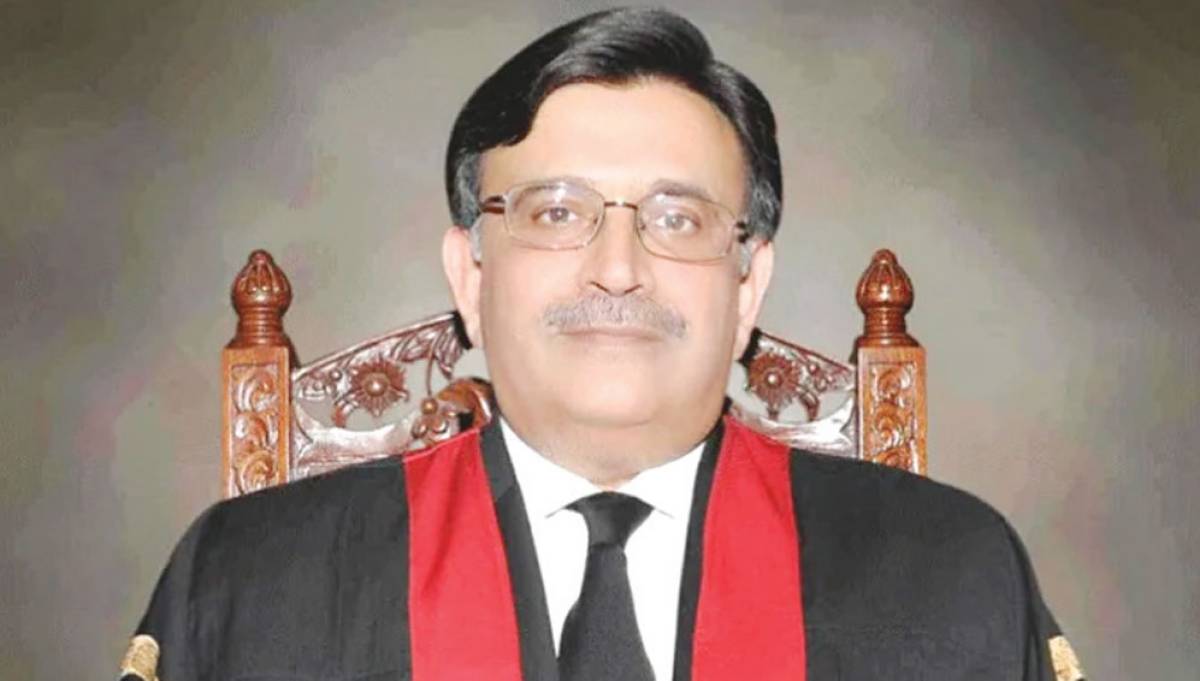 ISLAMABAD: Chief Justice of Pakistan (CJP) Umar Ata Bandial observed on Thursday that handing down disqualification to a lawmaker for life under Article 62(1)(f) of the Constitution was not an easy task since it could only be done through a declaration by a court of law.

“No one can be declared dishonest without appreciation of proper evidence against him by a court of law,” the CJP said, explaining that judicial declaration in such an eventuality means proper recording of evidence by a trial court.

Justice Bandial made the remarks during the hearing of an appeal by PTI leader Faisal Vawda against his disqualification for life by the Election Commission of Pakistan.

Faisal Vawda has urged the apex court to set aside a Feb 9, 2022, ineligibility declaration by the ECP. He has also sought the suspension of the results of a Senate by-election held on March 9 to the seat which fell vacant after the ruling.

The Supreme Court, through its judgements, has already set up a benchmark for disqualifying political leaders under Article 62(1)(f). It also explained there was no concept of “automatic determination” of the question whether a lawmaker was “sadiq” and “ameen” or not.

Senior counsel Waseem Sajjad, who is representing Mr Vawda in the case, argued that his client had informed the United States embassy that he had decided to renounce his US citizenship.

But Justice Syed Mansoor Ali Shah wondered could the citizenship be renounced on the basis of a verbal statement.

The CJP said the petitioner had renounced his US citizenship after submitting his nomination papers to the ECP. Debate in the case should revolve around whether the disqualification was limited to contesting the elections or should it remain for life, Justice Bandial added.

Justice Ayesha recalled that the petitioner’s US citizenship was valid when he filed an affidavit with the Election Commission, but the counsel argued the ECP cannot award a declaration of disqualification for life.

He emphasised that instead of Article 62(1)(f), the ECP should have applied Article 63(1)(c) as that clause pertains to mis-declaration of dual citizenship.

A member is only de-seated and not disqualified for life, on the basis of dual citizenship, Waseem Sajjad stated.

Further hearing was adjourned to Oct 12.

In his petition Mr Vawda had pleaded that to incur penalty under Article 62 (1)(f), there must be ‘mens rea’ and evidence before a court of law, but both were missing in the ECP’s pronouncement.

In the Muhammad Sulman case, the Supreme Court ruled this year that the ECP had no jurisdiction either under Article 218(3) of the Constitution or under Section 9(1) of the Election Act 2017 to deal with the matter of qualification or disqualification of a winning candidate.

Thus the ECP’s Feb 9 disqualification order is against the law, the petition argued.