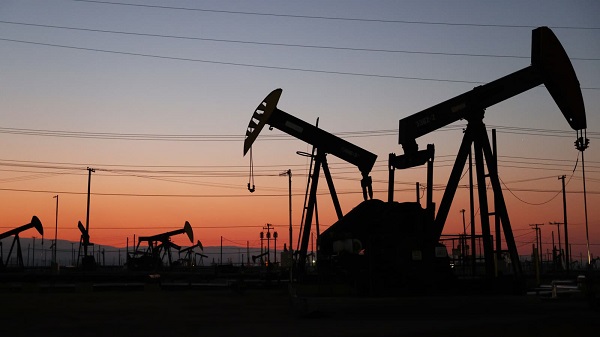 LONDON: Oil prices breached $100 for the first time in more than seven years after key crude producer Russia launched an invasion of Ukraine, accelerating fears of a major war in eastern Europe.

Asian, European, then US stock markets nosedived -- with Frankfurt and Paris both shedding as much as five percent during part of the trading session -- as investors fled risky equities, while haven investment, gold, rose to over $1,923 per ounce.

After weeks of warnings from the United States and other powers, Russian President Vladimir Putin ordered a wide-ranging offensive into its neighbour, sparking fury from world leaders and vows to ramp up sanctions on Moscow.

In reaction, oil rocketed, with European benchmark Brent prices briefly cruising past $105 per barrel for the first time since 2014, while aluminium and wheat surged to record peaks on fears over output from major exporter Russia.

IMF Managing Director Kristalina Georgieva warned the conflict would have repercussions for the global economic recovery. On Wall Street, the Dow slumped around 1.7 percent in late morning trade. Asian equities plunged, with Hong Kong, Sydney, Mumbai, Singapore and Wellington down at least three percent, while there were steep losses in Tokyo and Shanghai.

Companies with the biggest presence in Russia were among those whose share prices were getting hammered.Shares in Russian metal giants Polymetal and Evraz tanked by 38 percent and 30 percent respectively in London.