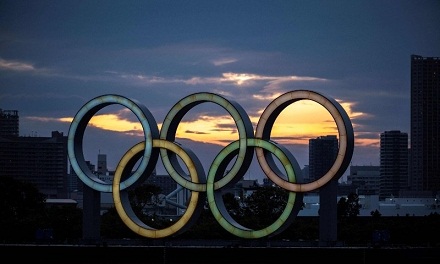 Tokyo: Ledecky, who won four gold medals at the Rio 2016 Games, lost her 200m freestyle crown to Titmus but regrouped to annihilate the field in the first women’s 1500m held at an Olympics, finishing more than four seconds clear of US team-mate Erica Sullivan.

Ledecky, 24, is just the fourth female swimmer to claim six Olympic gold medals. However Titmus, nicknamed “Terminator”, is emerging as one of the stars at the Tokyo Aquatics Centre.

“I’m just from a small town in Tasmania and it just goes to show if you believe you can do something, you can 100% do it if you work for it,” Titmus told Australia’s ABC News.

Japan’s Yui Ohashi completed a medley double, winning the 200m event to go with the 400m gold she secured on Sunday, while world record-holder Kristof Milak powered to the men’s 200m butterfly gold.

Britain’s freestyle swimmers brought the morning session to a thrilling climax, narrowly missing out on a world record in the 4x200m freestyle as they beat the Russian team by more than three seconds.

Hashimoto’s all-around total of 88.465 points included a 14.933 on high bar. That was good enough for him to surge past Xiao and into the top spot. The gold is the third straight Olympic title for the Japa­nese gymnast. Kohei Uchi­mura won in 2012 and 2016.

In a disappointment for the hosts, Japanese top seed Kento Momota fell at the first hurdle in the men’s singles badminton, losing in just 52 minutes to unseeded South Korean Heo Kwang-hee.

Japan are pursuing their first gold medal in baseball after the sport was restored to the Summer Games for the first time since 2008.

The United States made history as the first 3x3 basketball Olympic champions when their women beat the Russian Olympic Committee 18-15. Latvia took the men’s title.

In men’s basketball, the United States bounced back to hammer Iran 120-66 after they fell to a strong French team for their first Olympic defeat in 17 years.

The US women’s water polo team lost at the Olympics for the first time since 2008, falling 10-9 to Hungary in group play.

Elsewhere, Dutch rider Annemiek van Vleuten won the women’s cycling time trial on the course around Mount Fuji after being left red-faced on Sunday when she mistakenly thought she had won the road race. Slovenia’s Primoz Roglic powered to gold in the men’s time trial.

Shi Zhiyong won the men’s 73kg weightlifting with a world-record total of 364kg, giving China their fourth gold of the competition.

Fiji maintained their dominance of the Olympic Rugby Sevens on Wednesday with a comprehensive 27-12 gold medal win over New Zealand at the Tokyo Stadium, retaining the title they won in Rio five years ago.

Argentina claimed the bronze with a 17-12 victory over Britain, sparking wild scenes of celebration, and plenty of tears, at the final whistle.

South Africa, the bronze medalists in Rio, beat the United States 28-7 in the playoff for fifth place. Australia beat Canada to finish seventh.

The classification for ninth-12th was completed in the morning session, with Kenya beating Ireland 22-0 for ninth place and 2016 semi-finalists Japan finally getting a win to finish off a disappointing campaign at the Tokyo Games albeit to avoid last place with a 31-19 comeback over South Korea.

Fiji had run out 26-14 semi-final winners over Argentina, while New Zealand outmuscled Britain 29-7 in the other last-four clash.

The Fijians were always in front in the final, just as they were in Rio, scoring three first-half tries to lead 19-12 at the break. When Asaeli Tuivuaka raced over to score in the right corner with about two minutes remaining, another title was assured.

The elated Fijians burst into a cappella hymns that boomed around the stadium to celebrate just the second ever Olympic medal for the nation of 890,000 people scattered around more than 330 Pacific islands. The womens Sevens competition starts on Thursday at the same venue and will conclude with the gold medal match on Saturday.

The Netherlands and China posted world best times to win gold in the men’s and women’s quad sculls races as Olympic rowing roared back into action at Tokyo’s Sea Forest Waterway on Wednesday.

China clinched the women’s quad sculls in 6:05.13, more than six seconds ahead of silver medallists Poland and bronze winners Australia.

On the men’s side, the Netherlands won gold — one of four medals they picked up during the day’s competition — in 5:32.03, 1.72 seconds ahead of Britain’s crew, with Australia claiming bronze.

The races kicked off on Wednesday in hot and windy conditions, after organisers suspended competition for two days due to adverse weather forecasts.

The first two rowing medal races of the Tokyo Games delivered thrills as Romania’s Ancuta Bodnar and Simona Radis won gold in the women’s double sculls while Hugo Boucheron and Matthieu Androdias of France triumphed in the men’s event, both with Olympic-best times.

Brooke Donoghue and Hannah Osborne of New Zealand picked up silver in the women’s event and the Netherlands’ Roos de Jong and Lisa Scheenaard earned bronze.

Melvin Twellaar and Stef Broenink of the Netherlands claimed silver in the men’s competition, and China’s Liu Zhiyu and Zhang Liang took the bronze medal.

A rematch of the 2019 World Championship race between Australia and the Netherlands in the womens four did not disappoint, as Australia once again came out on top — this time, in a scorching 6:15.37 — and the Dutch took silver.

Ireland propelled past Britain in the last quarter of the race, securing bronze for their second-ever Olympic rowing medal.

It was not the only heartbreak Britain endured on the water on Wednesday as their golden run in the men’s four came to an abrupt halt.

The Britons, who topped the podium at the previous five Games, veered out of their lane down the final stretch and finished fourth, with Australia clinching gold in an Olympic best 5:42.76 ahead of Romania and Italy.