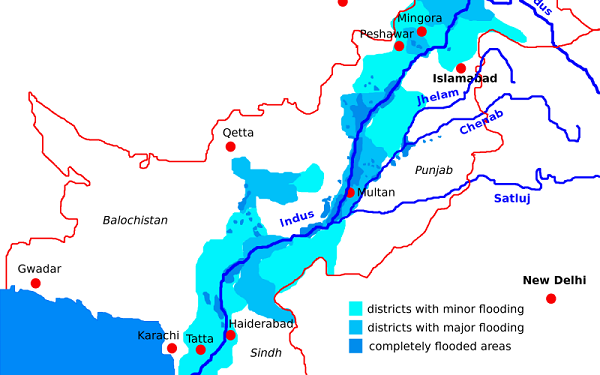 ISLAMABAD: Pakistan and India on Thursday reiterated their commitment to implement the Indus Waters Treaty in its true spirit and expressed the hope that the next meeting of the Permanent Indus Commission of the two nations would be held at an early date in India.

On the conclusion of the 117th meeting of the Commission, the Ministry of Foreign Affairs (MOFA) said the whole gamut of water-related issues between Pakistan and India were discussed.

It said the response to Pakistan’s objections to Indian projects, including Pakal Dul and Lower Kalnai, was also sought and the Indian side was also urged to communicate advance flood-flow information as per the provisions of the Treaty and the practice in vogue since 1989 until 2018.

Informed sources said that Islamabad conveyed to the visiting side on the issue of 1,000MW Pakal Dal Hydropower project on the Chenab River that the Pakistan Commissioner Indus Water (PCIW) had decided to invoke Article 9 of the treaty that provides for resolution of differences and disputes through various international forums of arbitration.

The Indian side was of the view that it was too early to invoke Article 9 of the treaty, saying that discussions on the project at the commissioner level had not reached a stage where it could be taken to the international forum. It said it had attempted to address Islamabad’s concerns and was ready to do more to satisfy Pakistan.

Pakistan has serious objections over spillway and freeboard of the project. The hosts demanded that a visit to the site should be arranged in the early part of May and hold another annual meeting on the issue so that its discussions could be made part of the annual report and minutes of the PCIW.

On the matter of Lower Kalnai, the Indian side reported that 2014 floods had damaged the project and development works could not be resumed since then nor there was any likelihood of any immediate resumption of works and hence should been seen in that context.

The Pakistani side required the visitors to provide advance information about the resumption of works as required under the treaty and arrange a site visit for Pakistani experts. The Indian delegation agreed to this demand.