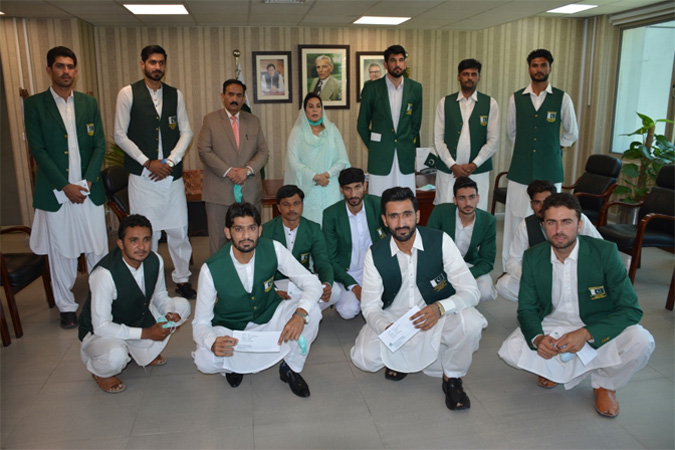 According to details released by Pakistan Sports Board spokesperson Azam Dar, the federal minister distributed checks among 18 members of the volleyball team in two sessions as a precautionary measure due to the corona virus epidemic.

On the occasion, the Federal Minister said that the joint efforts of Pakistani volleyball team in SAFE Games are commendable, the federal government is aware of the difficulties faced by the players, the government is taking all possible steps for the promotion of sports, the provincial governments are also aware of their responsibilities. We have to come forward for the development of sports. At the grassroots level, the role of provinces is the most in the development of sports.

After the 18th amendment, the involvement of provinces in sports has increased. She said that Pakistan Sports Board played its full role in the preparation of the games, camps were set up under the supervision of foreign coaches who trained the players on modern lines.She said that the excellent performance of Pakistan U-23 volleyball team in the Asian level event in August last year was also commendable in which Pakistan had secured the fourth position out of 16 teams. Minsiter also praised the volleyball team's participation in other international events and its excellent performance