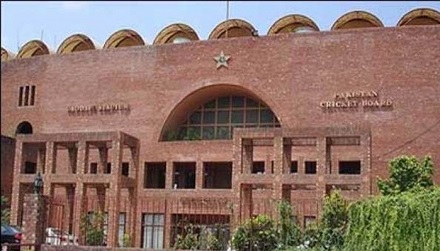 LAHORE: The Pakistan Cricket Board (PCB) has planned to bid for five major ICC events to be held from 2024 to 2031, including ODI and Twenty20 World Cups and the Champions Trophy.

It is learnt that the ICC had asked for the expression of interest from its member countries. An independent committee formed by the game’s global governing body will assess the bids in December this year to give its report for a final decision next year.

Pakistan last time hosted an ICC event — 1996 World Cup — jointly with India and Sri Lanka as the global body had pulled out the 2008 Cham­pions Trophy and the 2011 World Cup from Pak­istan on security grounds.

After failing to host or co-host any world event in the 2015-2023 cycle, Pakistan is now showing interest to hold international cricket events in the 2024-2031 cycle, believing the security situation across the country has improved.

Pakistan, it is learnt, will bid to host the Champions Trophy alone, while for the World Cups it will make a joint bid along with any other Asian countries, minus India. It may bid with the UAE, Sri Lanka and Bangladesh.

In contrast, Pakistan’s participation in any event hosted by India is easy, as the former’s stance is not as tough as that of India. For participating in this year’s T20 World Cup scheduled to be staged in India, Pakistan only put forward to the ICC the condition of ensuring the issuance of visas to its team, Pakistan fans as well as journalists, which has not yet been accepted officially.

Due to a disastrous Covid-19 situation prevailing in India the ICC has indicated it could shift the T20 World Cup to the UAE.

PCB chairman Ehsan Mani, who has organised the 2007 ODI World Cup in West Indies and then first T20 World Cup the same year in South Africa as the ICC head, is leading a team of the PCB preparing the bids for ICC’s events.

Mani’s tenure, however, is ending in September this year and only PCB patron Prime Minister Imran Khan could extend his tenure.

Last year, the ICC also asked for the expression of interest for its 18 major and minor events and the PCB in response had shown interest but the ICC has not made any announcement in this regard.

The PCB believes it can hold the ICC Champions Trophy, a prime eight-team event, at four available venues in Karachi, Lahore, Rawa­l­pindi and Multan. It is expected to complete the Niaz Stadium in Hyderabad next year to also consider it as a venue for international matches.

But for the World Cup Pakistan would like to go with an Asian partner without India.

The PCB is also preparing the 2024-2027 Future Tours Programme without considering any series against India because of the strained political relations between the two countries.