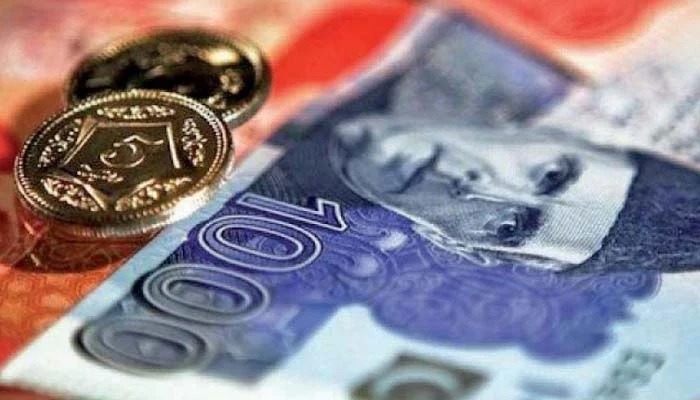 KARACHI: Prime Minister Shehbaz Sharif has directed the policymakers to devise a comprehensive strategy in consultation with the stakeholders to halt the rupee’s free fall and improve reserves.

Chairing a Zoom meeting on Monday with the Chairman Exchange Companies Association of Pakistan (ECAP) Malik Bostan, the prime minister expressed his concern over the current situation.

Finance Minister Miftah Ismail had discussed in detail the exchange rate situation with a ECAP team on Saturday last.Mr Bostan said another Zoom meeting with the prime minister and the State Bank of Pakistan (SBP) governor is scheduled for Tuesday to discuss the worrying rupee relationship with the US dollar.

The three meetings within four days reflect the growing frustration in the power corridors of Islamabad. Currency experts said it is not easy to control the situation since the reserves have been declining while the inflows are taking more than expected time to support the exchange rate.

Pakistan expects to get a loan from the International Monetary Fund, a rollover of $2.3bn from China and help from Saudi Arabia. The hope to raise dollars from the international market through the launching of Sukuk bonds is not getting support due to the weak external accounts of the country.

During the previous government, the SBP supported the free floating exchange rate, which worked well initially, but it started depreciating the local currency rapidly. The fiscal year FY22 was the worst, with the SBP’s reserves falling by half and the rupee falling by more than 20pc.

“It is the open market or exchange companies that increase the dollar rates. In fact, the commercial banks have been increasing the rate,” Mr Bostan told the prime minister.

The importers are opening more LCs due to the uncertain exchange rate while the exporters are surrendering fewer export proceeds, causing a shortage of dollars, he said.

In the previous meeting with the adviser on finance last Saturday, the representatives of exchange companies proposed to ban all imports except essential items.

“If someone feels imports of more items are necessary, he should arrange the dollars himself,” Zafar Paracha, general secretary of ECAP, suggested.

During the meeting, it was also suggested that entire markets across the country should be closed down before the sunset, which would save a substantial amount of energy, reduce the import oil bill and the supply to the general public could be restored.