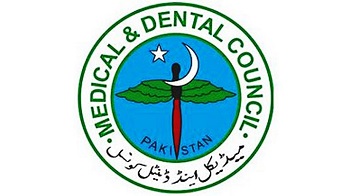 ISLAMABAD: The federal government agreed to make the Pakistan Medical and Dental Council operational again after the Islamabad High Court (IHC) settled the dispute between the two on Tuesday by asking the ministry of National Health Services to withdraw the security contingent deployed at the entrance to the PMDC building so that the registrar and other officials were able to resume their duties.

Justice Mohsin Akhtar Kayani gave his decision during the hearing of a petition filed by the PMDC’s registrar seeking contempt of court proceedings against the secretary of National Health Services (NHS), a joint secretary and Isla­mabad’s deputy commissioner.

The court also accepted a suggestion by Dr Tanvir Ahmed Qureshi, the ministry’s secretary, that the PMDC avoid recalling the services of all employees of the council and instead, allow only a selected number of staffers to resume work.

President Arif Alvi had promulgated an ordinance on Oct 19 which left the PMDC dissolved and paved the way for establishment of the Pakistan Medical Commission (PMC).

Justice Mohsin Akhtar Kayani annulled the ordinance in February, restored the PMDC and reinstated all its employees.

During the hearing on Tuesday, Justice Kayani directed the PMDC registrar, retired Brigadier Hafizuddin Siddiqi, to submit a daily progress report to the NHS secretary so that the latter could record his objections to orders issued by the former and place these before the council whenever it became functional.

Additional Attorney General Tariq Mehmood Khokhar informed the court that the federal government had agreed to notify the PMDC in accordance with the orders passed by the Supreme Court on Jan 21, 2018.

He said the government had sought permission from the Supreme Court to make some amendments to the PMDC’s composition.

The Supreme Court, in a decision on a case, PMDC versus Mohammad Fahad Malik, had ordered the constitution of an ad hoc council to look after the affairs till the election of new PMDC members.

The application, moved by the government before the Supreme Court seeking amendment to the composition of the council, stated: “At the time of constituting the ad hoc council, there was no medical university in Balo­chistan. The federation therefore desires that instead of the Principal of Bolan Medical College, the vice chancellor of Bolan University of Medical and Health Sciences be substituted as member of the ad hoc council.”

The government sought inclusion of the vice chancellor of Shaheed Zulfiqar Ali Bhutto Medical University, Islamabad, in the PMDC, as well as replacement of the University of Health Sciences vice chancellor with the King Edward Medical Uni­versity vice chancellor as the former was preoccupied with providing medical and support services to the patients of Covid-19.

The federal government also expressed a desire that instead of retired Justice Shakirullah Jan, another former judge, retired Justice Syed Zahid Hussain, or any other person be appointed as president of PMDC.

Justice Kayani observed during the hearing that at a time when doctors and health workers were fighting a pandemic, the absence of a regulator had created problem for medical professionals.

He said neither the licences of enrolled doctors were being renewed nor were the services of fresh medical graduates being utilised for coping with the emergency since they did not have licences.

Dr Tanvir Ahmed Qureshi, the NHS secretary, in­formed the court that he had de-sealed the PMDC building on an IHC directive, but at the same time he asked the registrar to submit a list of the staff supposed to work in the PMDC since the government had decided to restrict the number of people allowed to attend offices in view of ­Covid-19.

The judge reminded Dr Qureshi that it was not his job to interfere in internal affairs of the PMDC. But the latter replied that since he was a member of the council, he was expected to take an interest in its working.

Barrister Zafarullah Khan, the counsel for PMDC’s employees, said two federal secretaries removed from the NHS ministry were going to de-seal the PMDC’s building. According to him, the government had first sidelined Allah Bakhsh Malik since he supported the PMDC’s restoration and then removed Dr Tauqeer Shah after he gave an undertaking to this court about de-sealing of the PMDC’s premises.

Dr Qureshi informed the court that he had sought an undertaking from the registrar regarding the preservation of important records.

Justice Kayani held that since the registrar was responsible for protection of record, he could be proceeded against in case of any discrepancy.