Powerful earthquake in Greece and Turkey 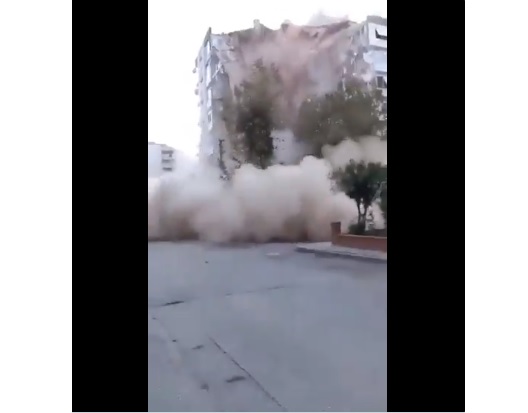 ISTANBUL: A powerful earthquake hit Greece and Turkey on Friday, causing buildings to collapse and a sea surge that flooded streets in the Turkish resort city of Izmir.

The US Geological Survey said the 7.0 magnitude quake was registered 14 kilometres (8.6 miles) off the Greek town of Karlovasi on Samos.

The Turkish government's disaster agency reported a lower magnitude of 6.6 for the quake while Greece's seismological agency said it measured 6.7.

Images from Izmir showed collapsed buildings and dazed people trying to make their way through rubbled piled high on the streets.

"So far, we have received information about six collapsed buildings" in Izmir province, which incudes the city, Turkish Interior Minister Suleyman Soylu said on Twitter.

"Some of our fellow citizens are stuck in the rubble," said Environment Minister Murat Kurum, adding that he knew of five collapsed buildings.