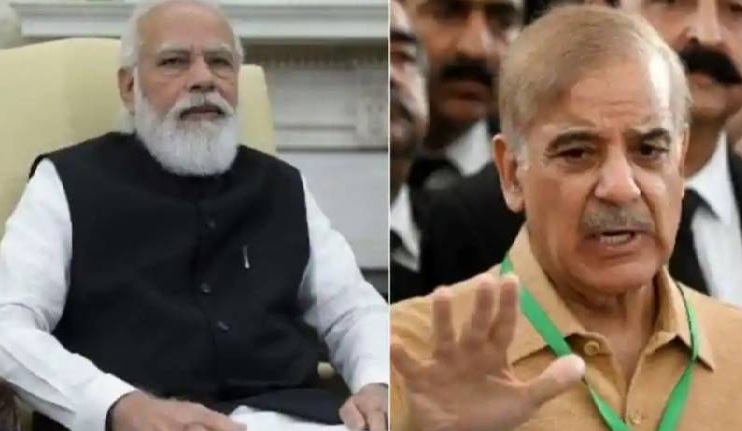 “I condemn in the strongest possible words hurtful comments of India’s BJP leader about our beloved Prophet (PBUH). [I have] said it repeatedly India under Modi is trampling religious freedoms and persecuting Muslims. The world should take note and severely reprimand India,” the premier said in a Twitter posting on Sunday.

Meanwhile, APP news agency quoted President Alvi as saying such comments were the reflection of a growing trend of Islamophobia in India, which is home to millions of Muslims.

The president said that merely suspending and expelling party officials was not enough and the BJP must shun and denounce its extremist and fascist Hindutva ideology.

He said that India, under Modi’s hateful Hindutva philosophy, was trampling the religious freedoms of all its minorities and persecuting them without any impunity.

“Allowing such Islamophobic remarks to continue without punishment constitutes a grave danger to the protection of human rights and may lead to further prejudice and marginalisation, which will create a cycle of violence and hate,” he added.

He called upon the world community, United Nations and international human rights organisations to take serious notice of rising Islamophobia and systematic religious persecution in India without impunity and take all steps necessary to put an end to it.

The Foreign Office spokesperson also said in a statement on Sunday that Pakistan condemned in the strongest possible terms the highly derogatory remarks recently made by two senior BJP officials.

“BJP’s attempted clarification and belated and perfunctory disciplinary action against these individuals cannot assuage the pain and anguish they have caused to the Muslim world,” he said. “Muslims residing in India are equally outraged by the completely repugnant comments by the two BJP officials. The ensuing communal violence in Kanpur and in other parts of India bears testimony to this fact.”

He said Pakistan was also deeply concerned at the alarming rise in communal violence and hatred directed against the Muslims in India.

Muslims in India were being systematically stigmatised, marginalised and subjected to a well-orchestrated onslaught from radical Hindu mobs with full connivance and support of the security apparatus across various states in India. Regrettably, the Indian state machinery had remained aloof to the desperate calls for assistance by the local Muslim communities across the country, he said.

Reprehensibly, it had become a norm in India to deprive the Muslims of their right to live and freely practise their religion, he said.

Pakistan urges India to ensure that decisive and demonstrable action is taken against those responsible for making derogatory remarks and attacking the dignity of the Holy Prophet Muhammad (PBUH). India must also take immediate steps to protect its minorities from human rights violations, ensure their safety, security and well-being and allow them to profess and practise their faiths in peace.

“Pakistan once again calls on the international community to take immediate cognisance of the grievously aggravating situation of Islamophobia in India. India must be held accountable for stifling the rights of the minorities, especially Muslims, to practice their faith and religious beliefs,” the spokesperson said.

“The international community must dissuade India from its reprehensible campaign of ‘saffronisation’ and ensure that Muslims are not victimised for having different religious beliefs than the majority population. The world must intervene to protect the Muslims in India from an impending genocide at the hands of Hindutva-inspired Hindu zealots, emboldened by the BJP-RSS [Rashtriya Swayamsevak Sangh] dispensation at the helm.”