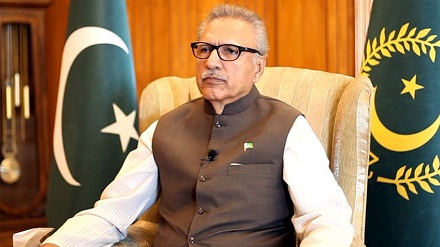 Talking to Pakistan’s Permanent Representative to the United Nations Munir Akram, who called on him in Islamabad on Friday, he said Pakistan's contribution in the war on terror must be highlighted effectively at international fora.

He said Pakistan has suffered a lot at the hands of terrorists as it lost over 70,000 people and its economy suffered huge losses to the tune of 150 billion dollars.

Dr Arif Alvi said world must acknowledge Pakistan’s contribution against the war on terror as it successfully defeated terrorism by offering enormous sacrifices and this success story of the country should be properly projected.

The President asked the Ambassador to highlight the disturbing developments in IIOJK. He also regretted that the world chose to remain silent about the illegal Uranium trade in India.

The President appreciated the role of Pakistan’s Permanent Representative to the United Nation in highlighting Kashmir issue and Indian brutalities against the Muslims of IIOJK.