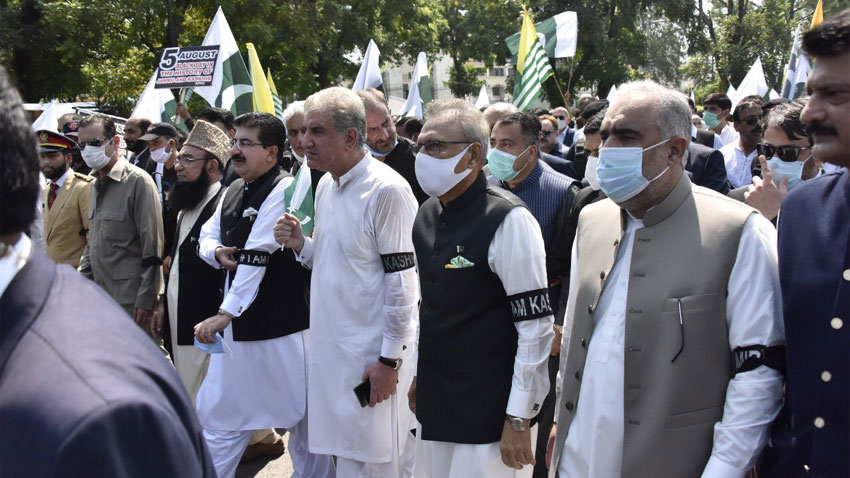 ISLAMABAD: President Dr. Arif Alvi has urged the international community to press India to allow the media enter Indian Illegally Occupied Jammu and Kashmir (IIOJ&K) to report facts from there.

He was addressing a rally in Islamabad in connection with Youm-e-Istehsal on Wednesday.

The President demanded that the changes made in Indian illegally occupied Jammu and Kashmir in violation of the UN resolutions and the Geneva Convention should be reversed.

He called upon the United Nations to fulfill its promises about resolution of the long-standing Kashmir dispute.

The President said innocent Kashmiri people are being subjected to worst human rights violations by 900,000 Indian troops. He said Indian forces are using pellet guns against the Kashmiri youth. He called upon the world community to take notice of the atrocities being committed against the people of Indian Illegally Occupied Jammu and Kashmir.

The President said Pakistan always gave a message of peace, but India did not reciprocate to it.

The participants of the rally had worn black bands around their arms and carried banners and placards condemning the Indian illegal act of August 5 last year about Kashmir and its gross human rights violations in Indian Illegally Occupied Jammu and Kashmir.