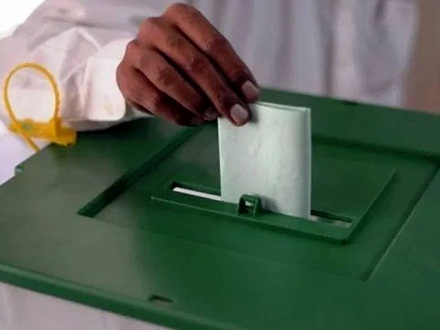 SIALKOT: The ruling Pakistan Tehreek-i-Insaf (PTI) clinched the PP-38, Sialkot IV, seat by defeating the Pakistan Muslim League-Nawaz (PML-N) in what turned out to be a major upset here on Wednesday.

PTI candidate Chaudhry Ahsan Saleem Baryar got 60,588 votes whereas PML-N ‘s Chaudhry Tariq Akhtar was polled 53,571 votes, according to unofficial results announced on Wednesday night. With the latest victory, the PTI has now two provincial assembly seats in Sialkot district out of the 11 Punjab Assembly seats.

All eyes were on the Sialkot by-election after the PTI victory in the recent AJK Legislative Assembly election. The PTI reposed trust in Ahsan Baryar for the all-important seat after the nomination papers of Qaisar Iqbal Baryar, the Sialkot Chamber of Commerce and Industry president, were rejected by the returning officer due to his dual nationality. Ahsan Baryar is the son of Muhammad Saleem Baryar, provincial leader of the PML-Q. Ahsan claimed the PML-Q fully supported him and did not field its candidate paving the way for his success.

On the other hand, the bypoll has dealt a blow to Variyo family who have been doing politics for the last many decades.