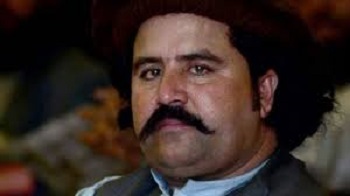 Pashtun Tahaffuz Movement (PTM) leader Arif Wazir passed away on Saturday after having been critically injured in an attack by unidentified assailants outside his residence in South Waziristan Tribal District late on Friday.

Reports said Arif Wazir, who is also the first cousin of MNA Ali Wazir, was strolling outside his house in Ghwa Khwa, near Wana, when armed men opened fire from a moving vehicle. He received life-threatening injuries and was shifted to the District Headquarters Hospital, Wana. Later, he was first shifted to Dera Ismail Khan and then Pakistan Institute of Medical Sciences (PIMS) Islamabad, where he was pronounced dead. Eyewitnesses said two of the attackers were also wounded in an exchange of fire with Arif Wazir’s guards.

Arif was formerly the president of South Waziristan chapter of Pakhtunkhwa Milli Awami Party (PkMAP) and chief of FATA Political Alliance, South Waziristan. In a provincial election last year, he contested for constituency PK-114 (South Waziristan-II) as an independent candidate, but lost to Pakistan Tehreek-e-Insaf (PTI) candidate Naseerullah Wazir. He was recently released from jail on bail in a case related to anti-Pakistan speech he delivered during a visit to Afghanistan. Seven members of Arif Wazir’s family were killed in a clash with militants near Wana in 2007. His father, Saadullah Jan, and uncle, Mirza Alam, were among the dead.

Wana Station House Officer Usman Khan confirmed Wazir had passed away after being shifted to Islamabad for treatment. The police official said a first-information report (FIR) of the incident had been lodged at the Wana police station.