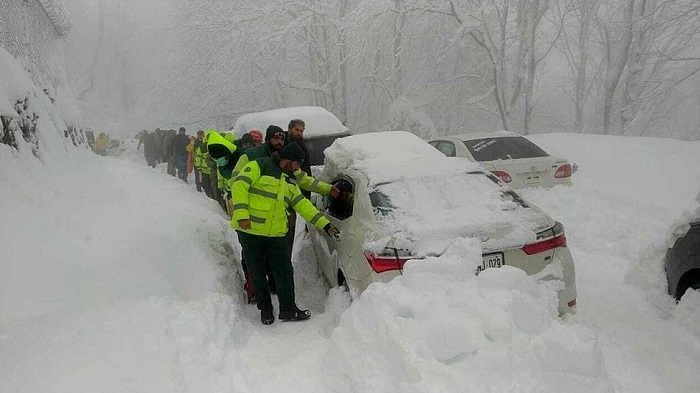 RAWALPINDI: The Meteorological Department on Wednesday issued a red alert to the district administration about heavy snowfall in Murree and rain in the twin cities during the weekend.

Another weather system was likely to enter upper and central parts of the country on Friday, which would produce heavy rain and snowfall on the hills, the Met Office said.

It asked the relevant authorities to remain on alert and take precautionary measures on Saturday and Sunday.

Under the influence of this weather system, rain-thunderstorm and snowfall over the hills were expected in Islamabad, Murree, Kashmir, Gilgit-Baltistan and parts of Khyber Pakhtunkhwa and Punjab.

Possibility of landslides in the vulnerable areas of Khyber Pakhtunkhwa, Gilgit-Baltistan, Murree, Galiyat and Kashmir cannot be ruled out during the period.

A spokesman for the Rawalpindi district administration said the Meteorological Department had issued an alert for heavy snowfall in Murree this weekend as a new system of rains would enter the country from Friday night, adding that there was a danger of landslides in Murree due to snowfall.

The district administration has formulated a comprehensive plan in this regard, he added.

About the urban flooding alert, Water and Sanitation Agency (Wasa) canceled the holidays of its staff and deployed teams round the clock in four sectors to drain out water from the garrison city.