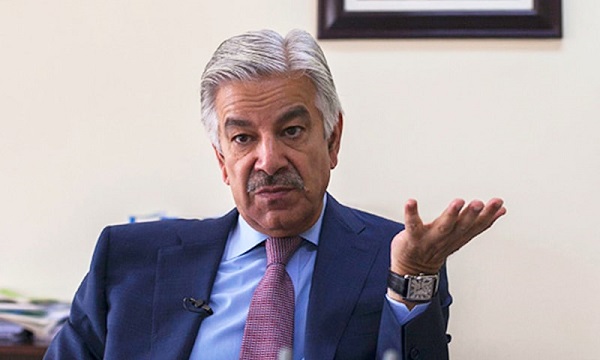 ISLAMABAD: Defence Minister Khawaja Asif on Saturday said that besides gas, Russia had also offered to provide wheat to Pakistan in the wake of catastrophic floods and keeping in view the possibility of food shortages that may occur in the aftermath of deluges.

“Russia has said that it can provide us wheat because in the coming days we may have shortages […],” he revealed at a press conference in Islamabad.

The minister’s statements come a day after Prime Minister Shehbaz Sharif and his delegation returned from the Shanghai Cooperation Organisation (SCO) summit in Uzbekistan.

During his two-day visit, the premier held meetings with several world leaders including Russian President Vladimir Putin and Chinese President Xi Jinping. In one such meeting on Thursday, Putin said that pipeline gas supplies to Pakistan were possible, revealing that necessary infrastructures were already in place.

The two leaders also expressed commitment to expand and strengthen cooperation between their countries across all areas of mutual benefit, including food security, trade and investment, energy, defence, and security.

“They have said that they can give us gas. Russia said that they have gas pipelines in Central Asian countries and the pipelines could be extended to Pakistan via Afghanistan. These talks have taken place,” he elaborated.

The minister said that President Putin also appreciated Pakistan’s position on the Russia-Ukraine war in the United Nations (UN) and internationally.

Talking about the meeting with the Chinese president, he said that Xi expressed his wish to resume the China–Pakistan Economic Corridor (CPEC) project with the “same efficiency and passion”.

“To Pakistan, he said that we are all-weather friends and offered to help the country in every situation,” he added.

In response to a question, Asif said that the policy regarding the army chief’s appointment — which is due in November this year — was clear in the Constitution. “Nawaz Sharif has fulfilled this political responsibility four times and Shehbaz will do the same in November.”

He alleged that the matter has come into the limelight in a way that had never happened before in the country’s history and blamed PTI chief Imran Khan for it.

“He just wants to make the army chief’s appointment controversial,” he said, adding that no one had any doubt about the loyalty of the head of the army to the Constitution and the institutions.

“Politics is separate but institutions should not be made controversial.”

Asif also said that Imran’s statements in recent days were against the country’s national security, stressing that action should be taken against them. “He [Imran] won’t hesitate in sabotaging Pakistan for his personal benefits.”

He then went on to say that the country was going through difficult times and such a situation called for politics to be “kept aside”.

“For the sake of Pakistan, ego or politics never comes in the way. Today, there is pressure on the economy […] In such a situation, if there needs to be a time out in politics, then there can be talks for that.”