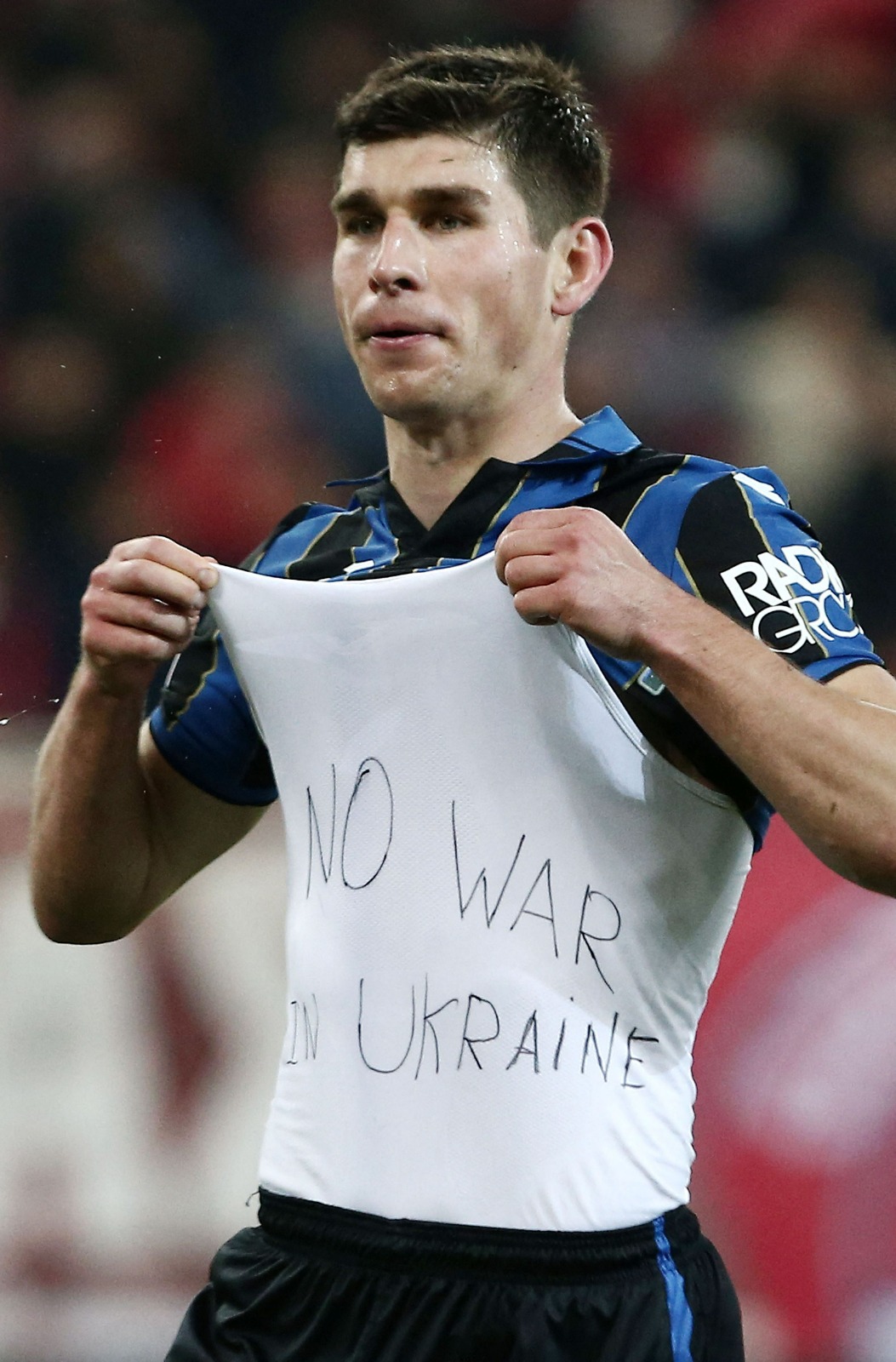 LONDON: Russia continued to pay a heavy sporting price for its invasion of Ukraine on Tuesday, frozen out by a snowballing list of sports with perhaps the most painful blow coming in ice skating.

Russia, traditionally a powerhouse in the sport in which they won six medals at the Beijing Olympics including two golds, on Tuesday had their skaters barred from all competitions.

This rules them out of March’s world championships to be hosted in Montpellier, France.

It is another significant blow to a country which under President Vladimir Putin had used sport as a powerful force for its image both globally and internally.

Under his presidency they have hosted the Winter Olympics in 2014 in Sochi — though that was overshadowed by the state-sponsored doping scandal — and the 2018 football World Cup.

On Monday, the governing bodies who oversee those sporting showpieces hit Russia hard.

On Tuesday they lost the right to host the men’s Volleyball World Championships — which the old Soviet Union won twice — in August and September.

“The FIVB Board of Administration has come to the conclusion that it would be impossible to prepare and stage the World Championships in Russia due to the war in Ukraine,” said the International Volleyball Federation in a statement.

“It has accordingly decided to remove from Russia the organisation of the FIVB Volleyball Men’s World Championship scheduled to be held in August and September 2022.”

The Ice Skating Union (ISU) said they had decided to bar the skaters — this also includes short track and speed skating -- after they “carefully evaluated” the IOC’s statement on Monday.

“The ISU Council... agreed that with immediate effect and until further notice, no skaters belonging to the ISU Members in Russia and Belarus shall be invited or allowed to participate in international ice skating competitions,” the body said in a statement.

Badminton World Federation (BWF) followed suit with a blanket ban on the athletes declaring it had “strengthened its measures”. Only hours before it initially just cancelled BWF-sanctioned tournaments in Russia and Belarus.

World Rowing banned Russia and Belarusian athletes and officials from its international competitions with immediate effect and until further notice.

“World Rowing strongly condemns the Russian military invasion of Ukraine and the ensuing violation of the Olympic Truce,” the governing body said.

“With immediate effect, no Russian or Belarusian athlete shall participate in any FIS competition at any level through the end of the 2021-2022 season,” FIS said in a statement.

Swimming was a rare bird to offer some sanctuary for Russian and Ukrainian swimmers as governing body FINA stopped short of banning them.

“Russian or Belarusian nationals, be it as individuals or teams, should be accepted only as neutral athletes or neutral teams,” FINA said in a statement.

It added that the FINA Order awarded to Putin in 2014 has been withdrawn.

Tennis stars such as newly anointed men’s world number one Daniil Medvedev will be nervously awaiting what the men’s tour ATP and women’s tour WTA decide.

Russia are also the Davis Cup holders though they are not involved in this weekend’s play-offs — the International Tennis Federation (ITF) that runs the tournament is yet to comment.

Ukraine’s Elina Svitolina refused to play against Russia’s Anastasia Potapova at the Monterrey Open and said she would not play any Russians or Belarusians until the sport’s governing bodies implement the IOC’s recommendations.

Other Ukrainian women’s tennis players, including Marta Kostyuk and Lesia Tsurenko, have urged the WTA to pull all tournaments from Russia.