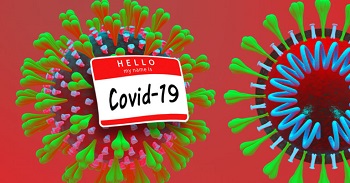 KARACHI: In his message to the people of the province and overseas Pakistanis, the chief minister said on Friday that 209 new cases of coronavirus had emerged during the last 24 hours and 132 of them belonged to the Tableeghi Jamaat (TJ).

He said 77 of the patients were mainly residents of Karachi’s shantytowns.

He said that as many as 2,372 tests were conducted during the past 24 hours (from Thursday 8am to Friday 8am).

He disclosed that two more coronavirus patients died due to the infection.

“The number of deaths so far has reached to 47, which is 2.1 per cent,” he said, adding that 1,589 patients were still under treatment including 872 in home isolation, 469 at isolation centres and 248 in hospitals.

The chief minister said that five patients had recovered completely and were sent back to their homes with a certificate of recovery. “As many as 581 patients have recovered so far which is 26 per cent of the total patients.”

About the members of the Tableeghi Jamaat, he said that 4,653, out of total 4,692, had been tested across the province and total 429 of them were diagnosed as positive while 91 results were awaited.

He said that there was no possibility of the spread of the virus by the infected TJ members as they were kept in isolation.

In East, as many as 16 cases were detected in parts of Gulbahar, Gulistan-i-Jauhar, Sharif Colony, Khalil Colony and KECHS. In Korangi, six cases detected from Nasir Colony, Faisal Colony and PIA Society. In Malir, six cases were located in Landhi and Gulshan-i-Hadeed.

Total eight cases were detected in district West’s Afghan Basti and its nearby shantytown, Northern Bypass and Baldia Town and most of the 11 cases in district Central were detected in slums and, therefore, more precautionary measures should be taken by residents of the area.

The chief minister said that under a new strategy the hotspots, where more cases were being detected, would be closed completely.

“I am quite upset with the spread, as without observing complete social distancing and isolation of the people we would not be able to contain the virus,” he said.

Mr Shah said that the collection of samples from the hotspots of the city had been increased.

He told them that the loss of lives they suffered were more than in Pakistan. “We are with you at this testing time,” he said and added the federal government was trying to bring them back him.

Mr Shah said that a flight was due to land in Karachi on Friday bringing back Pakistanis living abroad. “We, as a provincial government, are working with the federal government to test the arriving overseas Pakistanis at Jinnah terminal and have made arrangement for necessary quarantine,” he said.