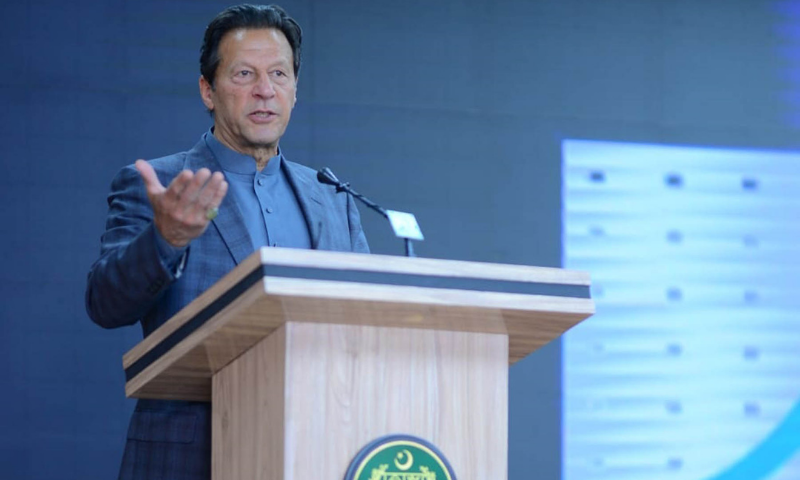 ISLAMABAD: Prime Minister Imran Khan said on Wednesday said the Small and Medium Enterprises SME sector was the biggest source of employment and had a considerable share in wealth creation.

Giving the example of Silicon Valley the hub of startups and global technology companies in the US he said youngsters around the world had become billionaires thanks to IT-related startups.

Addressing the launch of the National Small and Medium Enterprises (SMEs) policy on Wednesday, Prime Minister Imran Khan vowed to take stern action against government departments and officials who created hurdles in the setting up of new startups and export-oriented businesses.

Saying that fresh incentives would be extended to such businesses, which he claimed had been ignored in the past, the PM said: “We are giving SMEs bank credit facility, land for their businesses on lease and [are committed to] eradicating red tapism.”

He said the government was facilitating young people in obtaining credit and other facilities and said he was happy that “$500 million investment in Pakistani startups is coming in from abroad”. This, he said, meant the country was heading in the right direction.

Talking about exports, the prime minister said that small countries like Singapore, which had a much smaller population than Pakistan, had surpassed us in terms of exports. “Singapore with a 5 million population has over $300 billion in exports, while Malaysia has $220 billion,” he said.

The PM said the government was trying to reduce regulations for SMEs to facilitate them. He particularly spoke about the no-objection certificate (NOC) regime, adding that inspections of businesses would be streamlined by using the latest computerised methods.

He recalled that the government had inherited multiple economic problems but said that despite challenges, the country saw a record rise in exports, remittances and tax collection figures.

He vowed to reach his aim of generating Rs8,000 billion in taxes during his five-year tenure, saying that work was being carried out with the help of the National Database and Registration Authority to develop a system to identify persons and entities that didn’t pay taxes.

The PM also announced that the government would not close down businesses or impose blanket lockdowns during the fresh wave of Covid-19, adding that this wave would be countered through smart lockdowns.

He called on the people to observe all standard operating procedures (SOPs) but said that the economy would not be shutdown.

In another meeting on the master plans of large cities, PM Khan said the government was placing special focus on their development as the real engines of growth.

The prime minister directed the concerned authorities to take all possible measures to clear hurdles to the completion of various development schemes on priority basis to provide maximum relief to their residents.

“Due to rural to urban migration, cities are facing multiple challenges and housing, job opportunities and civic amenities are scarce. It is necessary to work on special development packages for these big cities and they must be accelerated,” the prime minister said during the meeting.

He also directed the authorities to work in close coordination and launch a concerted campaign for the uplift of cities like Karachi, Lahore, Multan, Faisalsbad, Rawalpindi and Gujranwala.