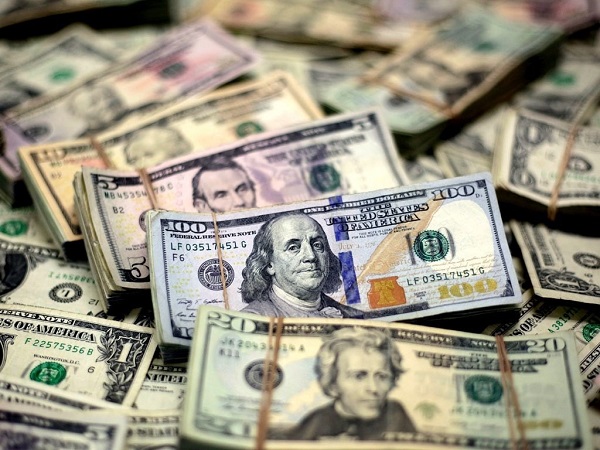 KARACHI: The US dollar reached Rs200 in interbank trading on Thursday morning, gaining Re1 from the previous day's close of Rs199, data by the Forex Association of Pakistan (FAP) showed.

According to the FAP, the US currency had reached the Rs200 mark.

A day ago, the greenback had made a significant gain of more than Rs2 from Tuesday's close and settled at Rs199 at the session's end, which was the latest in a string of record highs that the US currency has been hitting since last Tuesday.

While the FAP recorded the previous day's closing rate at Rs199, data released by the State Bank of Pakistan stated the closing rate as Rs198.39 — still remarkably close to the Rs200 milestone that the international currency was being anticipated to reach earlier in the day on account of the country's rising import bill, growing current account deficit and depleting foreign exchange reserves.

According to Saad Bin Naseer, co-founder and director of web-based financial data and analytics portal Mettis Global, the rupee's fall is mainly on account of a lack of clarity from the government on its plans to arrest the decline in foreign exchange reserves.

He pointed out that the central bank's reserves were down by $7.5bn since January 1, adding that importers were engaged in panic buying as they were uncertain about whether the government would be able to secure funding from China, Saudi Arabia and the International Monetary Fund, talks with which are underway.

"Meanwhile, exporters are holding their earnings outside the country amid a consistent fall in the rupee's value," he said.

Currency dealers say the unexpectedly high imports bill and low foreign investment were not in support of the exchange rate while over $13bn current account deficit was already there as a challenge for the government.

The development comes as Pakistani officials resumed negotiations with the IMF yesterday, in which Finance Minister Miftah Ismail sought to clear uncertainty on two counts — that the new coalition government would stay in office and take tough decisions, undertake reforms committed in the original fund programme and complete structural benchmarks.

Informed sources said the talks opened on a healthy note as the two sides appeared converging to key principles — separating the state’s economic decision-making from politics.