Zayn Malik-Gigi Hadid are back together 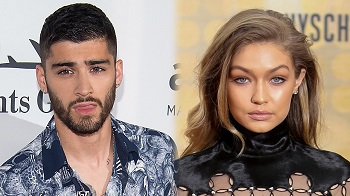 NEW YORK: Zayn Malik and Gigi Hadid left fans elated once again after they confirmed that they are back together after staying apart for nearly a year. The news comes on the former One Direction member’s 27th birthday as the two celebrated the special day, side by side, confirming their reunion once again. The two were spotted on Saturday night together in New York City at the Mediterranean-Italian restaurant il Buco.

The two had parted ways nearly one year ago after an on and off relationship. During this period, Gigi had made headlines over a rumoured romance with model Tyler Cameron.

Reports revealed that the singer was joined by not just his ladylove but also her sister Bella Hadid, mother Yolanda Hadid as well as Dua Lipa, who is currently dating Gigi’s brother Anwar Hadid.

Gigi was a sight for sore eyes in a chic androgynous pale green double-breasted suit with a white turtleneck while Zayn looked dapper hand in hand with his girlfriend wearing a multi-hued coat.